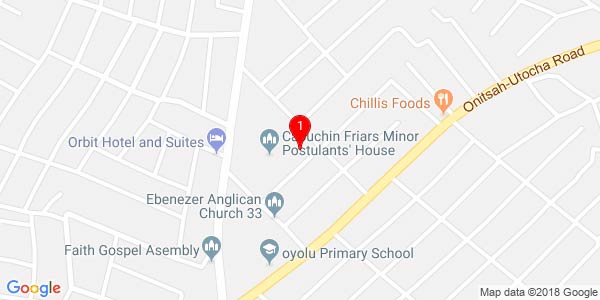 This is the first friary and property of the Order in Nigeria. It is a house of initial formation. The friars were invited to Nigeria by the then archbishop of Onitsha Francis Arinze.

Our friars, upon their arrival, on 12th March and 12th May 1984 respectively, were housed at St. Mary's parish in the city. On the 16th of January 1985, they transferred finally to the place of the definitive friary at 3-3 junction, Nkwelle-Ezunaka, near Onitsha. By the year 1990, the construction of a proper friary had been completed.

On 13th September 1990, there was the blessing and inauguration of the new friary. It was immediately erected as a house of novitiate. This friary, which was initially the Postulate and Novitiate, now serves as the house for the two years Postulancy program.